Construct Ireland’s efforts to prevent the Irish Government delaying the introduction of energy labelling under the EU Directive on the Energy Performance of Buildings has resulted in Editor Jeff Colley making a presentation before the Joint Oireachtas Committee on the Environment and Local Government at Leinster House on April 6 th. In a statement that reflects a growing fear in the industry that the Irish Government is likely to attempt to delay the introduction of energy labels until 3 years after the January 2006 deadline, Colley warned the Committee of the missed opportunity and damaging implications for Ireland. “If the Government delays the introduction of labels until 2009 that could mean 200,000 new homes built without consumers really knowing what they’re getting for their money, and without the incentive for the construction industry to innovate”, he stated.

“Ultimately, energy labels are about transparency for consumers. Given how high the stakes are becoming, people buying homes or any other property need to know what they’re getting themselves into. Property is by far and away the single biggest investment most Irish people will ever make, and as such it’s crucial that they’re given the opportunity to make informed decisions in a changing market. 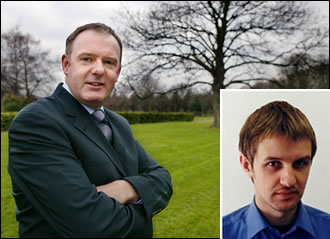 
Construct Ireland was called before the committee along with Gerry McCaughey of Century Homes, who brought forward documentation revealing the Department of Environment’s seeming preoccupation with facilitating use of energy inefficient, outmoded construction forms such as single leaf hollow block construction, as was revealed in the last edition of Construct Ireland. McCaughey cited a document he obtained under the Freedom of Information Act where Michael McCarthy, Principal Officer of the DoE’s Construction Division admitted in 1998 that changes to Part L of the Building Regulations were needed, but that the Department didn’t want to “signal this to the outside world just yet because the next leap in building standard insulation will probably involve making it difficult for hollow block construction, used widely in the Dublin area, to survive”. In the intervening five years before Part L was eventually updated, as McCaughey stressed, “ a staggering 250,000 houses were built to a standard of energy efficiency that was, according to the Government’s own figures, 35% below what it should have been”. 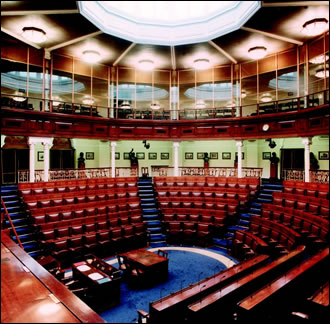 Furthermore, as Jeff Colley stressed at the meeting, former TD Michael Keating had in 1978 asked then Minister for the Environment Sylvester Barrett if he was “aware that the nine-inch cavity block used in construction at present, in the context of insulation, is banned in Britain and is most unsatisfactory from the point of view of house building here?”, highlighting the fact that the inadequacies of hollow block construction had been known 27 years ago.

A key aim of Construct Ireland’s presentation was to demonstrate to the Committee that, with a degree of political will, bringing in energy labelling by January for at least all new dwellings and existing dwellings on the market for sale is a realistic prospect. Having consulted the National Irish Centre for Energy Rating (NICER), who were represented at the meeting by Bill Quigley, Colley stressed “we still have enough time to train up enough auditors to bring in energy labelling in January”, a task which Quigley stressed would probably require no more than 400 auditors nationally, estimating that NICER alone could train up to 30 auditors per week.

Colley stressed to the Committee that the only grounds the European Commission will accept for delaying the introduction of energy labelling is provision of demonstrable proof that sufficient auditors could not be trained up in time. If the claim put forward by Construct Ireland and NICER is found to be true, it surely follows that any attempts the Irish Government may make to apply for more time to train up auditors are unjustified.

Referring to the introduction in England and Wales of SEDBUK ratings for boilers, which requires that virtually all boilers installed achieve an A or B rating, Colley highlighted the growing fear that Ireland could consequently become a “dumping ground” for building technology that other countries such as the UK will no longer accept.

“There is a real sense of cynicism amongst those looking to innovate in the industry that the same reluctance to act on bringing in energy labels for buildings will mean Ireland becoming a dumping ground for building materials and technologies in general that consumers in other countries will no longer accept. Should Irish people, who are already paying a premium to get their hands on a property, be expected to get so little for their money?”, Colley stated.

Committee chairman Sean Haughey TD said he would call in Department of the Environment officials to respond to the allegations made by Colley and McCaughey in the light of “record levels of housing output over the past couple of years”. This meeting is expected to occur toward the end of April.