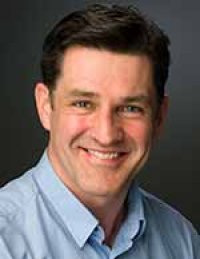 The redevelopment of O’Devaney Gardens in Dublin City has grabbed headlines. Commentary has focused on the low levels of social housing proposed, high prices for private homes, and developer profit. But what is the cost to the state, asks Mel Reynolds, and is this sustainable?

This article was originally published in issue 32 of Passive House Plus magazine. Want immediate access to all back issues and exclusive extra content? Click here to subscribe for as little as €10, or click here to receive the next issue free of charge

Built in the 1950s, O’Devaney Gardens was once home to 272 families contained in thirteen four-storey blocks on a 14 acre site. The social housing complex has been derelict for ten years since the collapse of the last redevelopment agreement. In 2015, nine blocks were demolished and a proposal to refurbish 80 remaining dwellings at a modest cost of €60,000 per dwelling (€5m budget) was refused by Dublin city councilors. In 2016, the main project was revived and a “competitive dialogue” process was initiated under the Housing Land Initiative. A total of six competitive bidders competed for the scheme and recently a preferred bid was voted-on by city councilors.

The proposed scheme will contain 824 dwellings, including 56 social dwellings being developed by Dublin City Council (DCC) on another section of the site outside of the preferred bid. The preferred bid includes 768 units – 192 social and 576 private homes. Some of these private homes will be subsidised “market-discounted” (controversially termed “affordable”) dwellings.

Market-discounted “affordable” units are at a ‘discounted’ tender price of €360,000 each. They are subject to a state subvention of €10,000 (development levies waiver) plus a serviced site fund grant of €50,000, giving a reduced sales price of €300,000 to qualifying buyers. The state forgoes the site value of each “affordable” dwelling but retains €50,000 equity in each house payable over twenty years.

For the 411 private units the state forgoes the site value (€34.9m) and the developer retains all profits from the anticipated sales price of €500,000 for each unit. Total costs are listed in the table above.

The cost to the state including site value forgone, subsidies and social homes purchased is €128m. The state benefits from a developer contribution of €7m and a developer-built community centre for €1m plus the equity share of market-discounted “affordable” units of €8.25m — a total benefit of €16m. When these benefits are taken into account, the net cost is €112m.

Eventually the state will own 192 social units at a net cost of €583,000 per home. If the full tender price is paid for social housing, overall costs increase to €131m, or €683,000 per unit. Some buyers will pay more than €300,000 each for “discounted” homes and the remainder will be full market price, all severely unaffordable. These may end up being build-to-let blocks owned by private equity funds.

PPP regeneration schemes are prone to failure during downturns and take decades to complete. Once a complex has been earmarked for regeneration, de-tenanting occurs over a prolonged period leading to vacancy, dereliction and antisocial behaviour.

Adequate building maintenance is curtailed giving rise to poor living conditions for those remaining. Existing communities are ‘filleted’. The state loses housing capacity and large amounts of property remain under-utilised for significant periods of time. In 2016 the National Oversight and Audit Commission (NOAC) recorded that DCC owned almost one thousand dwellings that had been vacant for longer than ten years “pending regeneration”.

There are a number of more straightforward options. Environmentally it is preferable to refurbish existing dwellings and take advantage of existing embodied carbon rather than build new. Nine existing apartments could be refurbished for the cost of one new unit in this proposal.

For social housing, DCC could simply sell half the site and use the proceeds to employ contractors directly to build twice the number of local authority homes for the same cost.

Or look to Dún Laoghaire-Rathdown County Council’s exemplar refurbishment of Rochestown house, existing council flats retrofitted to passive standard with a 30% increase in density, all for €100,000 per unit.

For private housing, officials could look to O’Cualann Co-op who, in partnership with DCC, are selling two-bed dwellings for less than €250,000 on state land (at zero cost) in Ballymun, 30% less than the more heavily subsidised “affordable” prices at O’Devaney Gardens, and half the projected market sales prices for the bulk of private housing in the deal.

DCC appear to have obtained little value from a site worth €65m. Three-quarters of the site value is foregone and the three-quarters of housing proposed is severely unaffordable. O’Devaney originally contained 272 social homes and the total proposed in the final development will be 248, resulting in a net loss of 24 social dwellings.

This is a poor deal for the taxpayer and local community. If this model is expanded to deliver 1,500 social homes in regeneration projects as planned, it will be a very costly €1bn exercise with major social and political impacts for future governments to deal with. Pay twice the price, get half the homes.