The construction industry is unwittingly facing the prospect of immediate, dramatic changes to how buildings are designed and constructed to comply with imminent EU energy efficiency deadlines. In the first article in our new Dispatches section – where we’ll attempt to probe and investigate in detail the burning issues arising from Ireland’s transition to sustainable building – Passive House Plus investigates.

Ireland is set to be in breach of key EU deadlines on nearly zero energy buildings (NZEBs) by failing to update building regulations in time, and is set to update the software behind the BER system to include calculation of cooling requirements, Passive House Plus can reveal.

Passive House Plus’s analysis of the issue was raised in the Dáil in a detailed parliamentary question by Green Party leader Eamon Ryan on 16 September, explaining that the EPBD gives no option of derogations on the two NZEB deadlines, meaning that any new buildings designed and built before the deadlines that don’t meet the as-yet-undefined Irish NZEB standards will be in breach if completed after the deadlines. The question explained that the transitional arrangements typically included in changes to building regulations include exemptions for buildings where a planning application has been made prior to the new regulations coming into force and where “substantial work” has been completed within a proscribed timeframe – typically of one to three years in previous regulatory changes. The department defines this substantial work exemption as cases where the structure of the external walls has been erected by a given date. Yet all new buildings must be NZEBs after the applicable deadlines, meaning the traditional Irish exemptions are redundant. 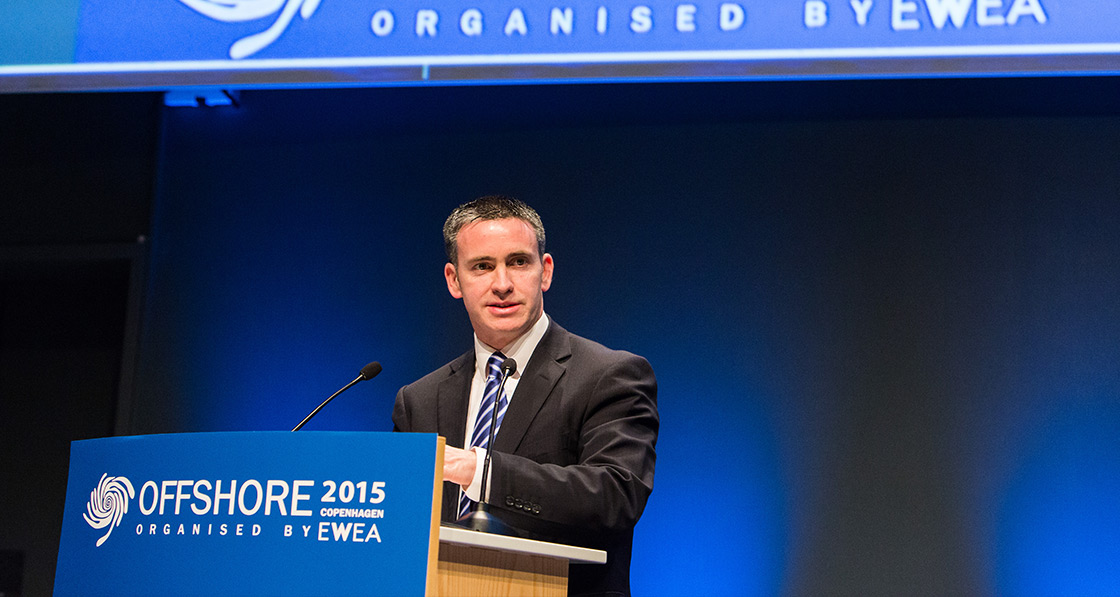 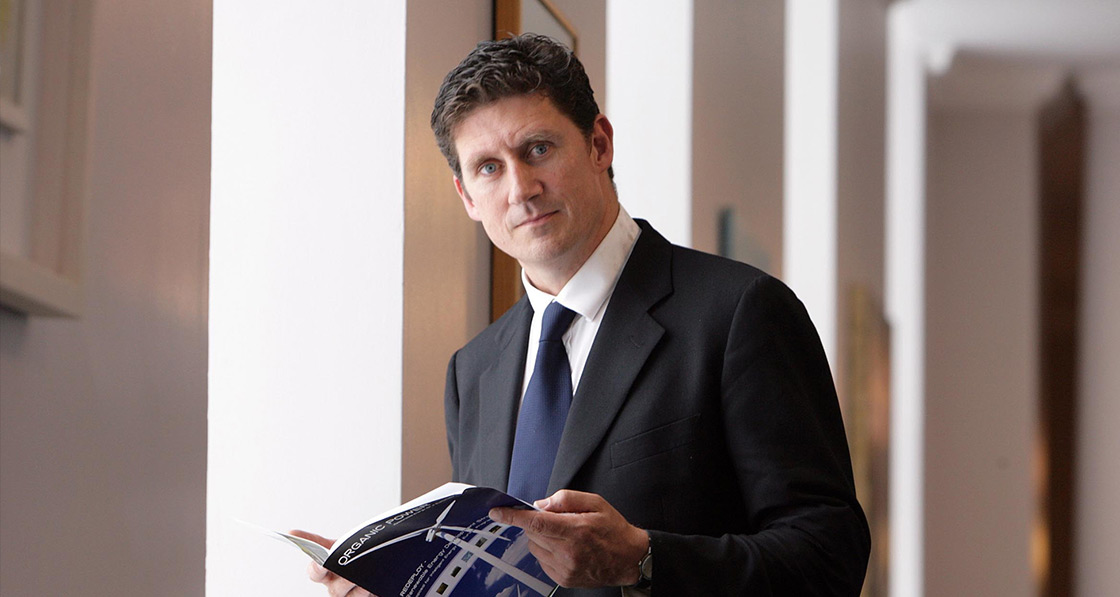 Junior housing minister Damien English (top) replied in a written answer to questions about NZEB prepared by Passive House Plus and raised by Green Party leader Eamon Ryan (above) in the Dáíl.

In a written response to Ryan’s question, junior housing minister Damien English did not address this point. The minister instead noted that “Ireland has been making significant progress in terms of both improving energy efficiency and reducing carbon dioxide emissions within the built environment,” citing the revisions to Part L for dwellings in 2007 and 2011.

Minister English added: “My department envisages one further upgrade to the Part L requirement s in order to ensure that Ireland meets our ‘nearly zero energy’ obligation for dwellings by 31 December 2020,” in an answer that didn’t address the issue of transitional arrangements.

The minister added that a revision to Part L is at an advanced stage, which sets out the NZEB requirements for non-residential buildings – including public buildings – “in order to meet the requirements of the directive,” with a review of the changes “being developed” in conjunction with public sector bodies.

Cooling needs to be calculated for dwellings

Deputy Ryan also raised a question prepared by Passive House Plus on cooling, given that Annex 1 of the directive, which defines how member states must determine the energy performance of buildings, states that this definition “shall reflect the heating energy needs and cooling energy needs (energy needed to avoid overheating) to maintain the envisaged temperature conditions of the building.” But technical guidance document L does not attempt to quantify a dwelling’s cooling energy need, or the maximum temperatures a building may achieve based on current climate data, let alone projected risk of increased temperatures due to climate change.

Passive House Plus raised the issue due to a growing concern among the low energy building community that designing & building highly insulated buildings without attempting to quantity the overheating risk may lead to adverse health impacts, a new-found reliance on air conditioning and, as the world warms, increased excess summer deaths.

Minister English responded that Deap, the software used to demonstrate Part L compliance and generate BERs was under review, and that “As part of this review, it is also planned to introduce a cooling calculation module into the software to calculate the cooling demand for dwellings.” 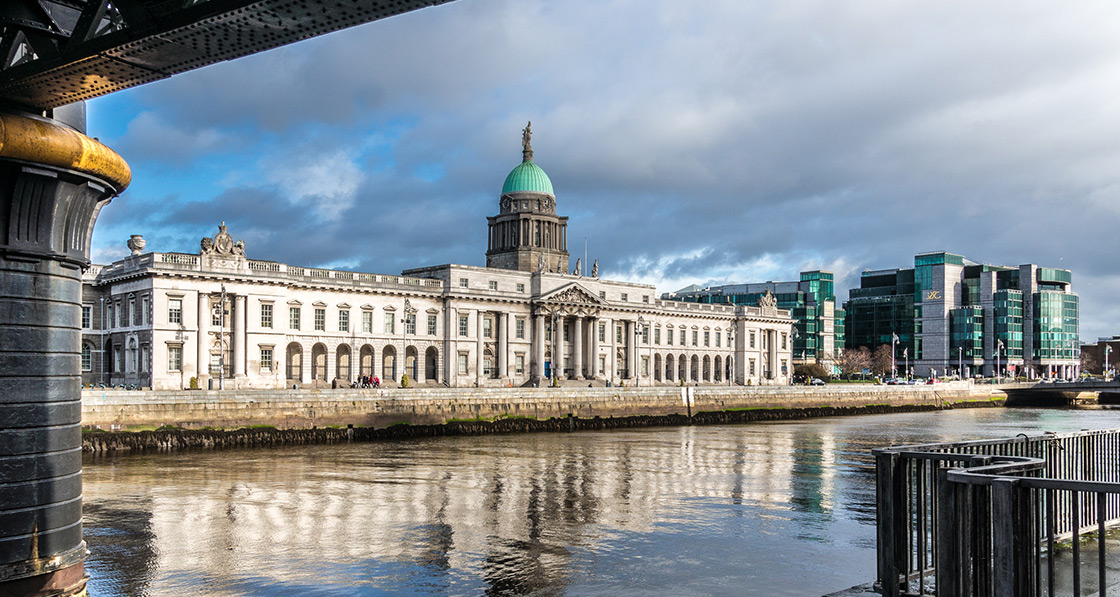 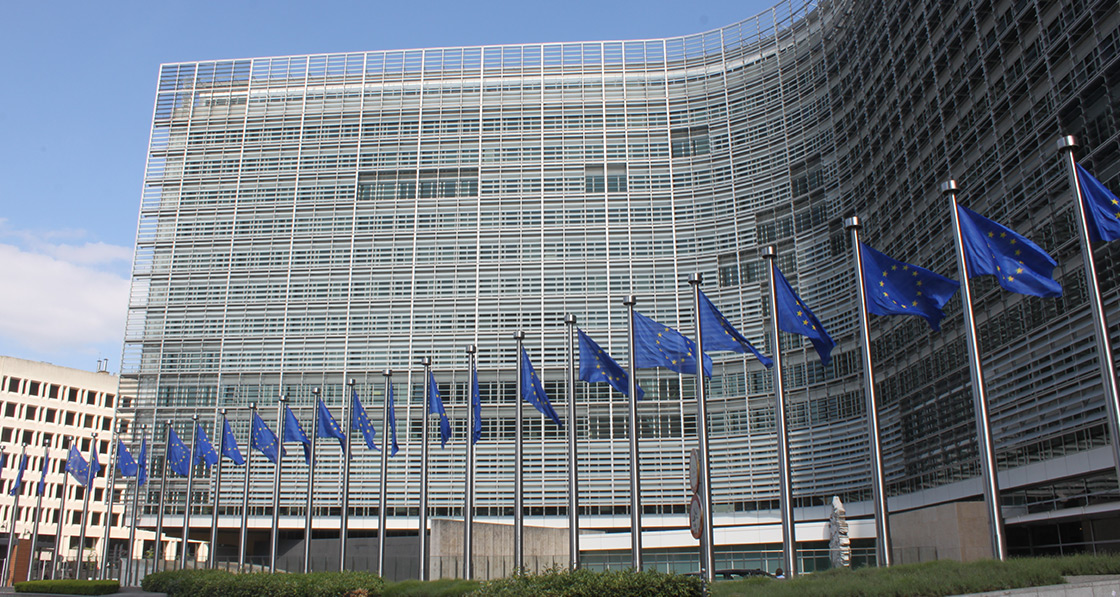 In response to a question on the topic, the Department also failed to give an explanation as to why it missed various other deadlines related to energy efficiency in buildings, such as the 2013 target for zero carbon homes and a deadline for the same year to update energy performance standards for non-residential buildings (last revised in 2008, and well behind standards for residential buildings). The department instead responded that: “Dwellings are already at an advanced performance level, the support and development of this and the Dwelling Energy Assessment Procedure (DEAP) has been the focus of the department in recent years.”

The department has in the past argued that the NZEB definitions must be “incorporated into the mandatory standards by 31 December 2020,” indicating an approach that would appear to lead to wide-spread breaches of the NZEB deadline in the case of new buildings designed or built after the deadline. But responding to a question from Passive House Plus, the department clarified its position: new buildings designed and built before the NZEB deadlines but completed after are not exempt.

With regard to the 31 December 2018 public buildings deadline, the department said that “New buildings completed prior to the 31 December 2018 deadline will be subject to the transitional arrangements that will be set out in the building regulations,” which may indicate that the regulations will only permit exemptions from the NZEB requirement where buildings are complete – and not merely where the structure of the external walls has been erected – before the deadline. The industry arguably therefore has to take urgent action: from now on all new buildings should be designed to as yet undefined NZEB targets, in order to avoid the risk of engaging on widespread breaches of a key EU policy upon completion. Given the lack of advance warning on deadlines and definitive guidance on how to comply, added to the industry’s traditional tendency to take a relaxed attitude to regulatory compliance, widespread breaches seem inevitable early on.

The department said that definitions for NZEBs will be incorporated into the building regulations, and the technical guidance document for the residential version of Part L, during the first half of 2017, and added that more detailed technical guidance on how dwellings can meet NZEB requirements will also be completed before 2020.

The department also told Passive House Plus that a long awaited revision to Part L for buildings other than dwellings – originally promised for 2011 – will finally be completed during the second half of next year, and will address NZEB requirements in non-residential buildings. The department said the new regulations will come into force during the first half of 2018.

The department also said it is satisfied that that setting a ‘maximum permitted energy performance co-efficient’ target — the energy consumption calculation used to indicate compliance with Part L, which is expressed as a percentage improvement compared against the same building design if built to the backstops associated with previous building regulations — will satisfy Ireland’s NZEB requirements. By contrast, the guidelines issued by the commission express suggested energy consumption figures in kilowatt-hours.

The European Commission has advised that members states should take account of both indoor air quality and the performance gap — the common phenomenon by whereby low energy buildings consume significantly more energy than their design intends — when drawing up their proposals to implement the NZEB requirements.

With regards to indoor air quality, the guidelines, published by the Commission on 20 July, state that member states’ energy standards, “must take account of general indoor climate conditions in order to avoid possible negative effects such as inadequate ventilation” and that “tightening of minimum energy performance requirements resulting from the implementation of NZEB across Europe should be done together with appropriate strategies dealing with indoor environment”.

In response to questions put to the Department of Housing, Planning, Community and Local Government by Passive House Plus, the department said that Part F of the building regulations, which deals with ventilation, would be updated to facilitate near zero energy building requirements. It is not yet clear when or what form this update will take.

Replying to a question on whether the department expects natural ventilation with intermittent mechanical extract fans (to ‘wet’ rooms like kitchens and bathrooms) — the most common approach to domestic ventilation in Ireland, but with little evidence to suggest it delivers good indoor air quality — to be permitted in near zero energy buildings, the department did not offer a direct response, simply stating: “Part F of the building regulations will continue to require adequate ventilation. Design approaches to ventilation will be performance based and within designers’ control.”

In regards to the performance gap, the Commission’s guidelines state that, “often new and renovated buildings do not reach the planned energy performance. Mechanisms should be put in place to calibrate the calculation of the energy performance with actual energy use. Responding to Passive House Plus, the department did not specify how it would address this issue, but simply said that because the energy performance of buildings is calculated according to Annex 1 of the EPBD and relevant European standards, it would wait until these are updated before addressing the issue in the building regulations — effectively shunting the issue back to the commission.

The department also said that the controversial Building Control Amendment Regulations (BCAR) of 2014 — which demand that all buildings, other than homeowners developing or extending individual dwellings who choose to opt out under the equally controversial SI 365 of 2015, are certified as meeting the building regs by a competent professional — are “a key initiative in ensuring as built construction meets energy performance requirements”. While this may be true, BCAR has no specific provisions for dealing with in-use energy consumption or the performance gap.

A statement from the department continued: “The performance gap is a complex issue which cuts across many areas, not only building regulations, this includes skills, design for construction, product certification, supply chain management and occupant behaviour. A more holistic approach considering all these elements will be required when considering the performance gap.”

While in the UK the performance gap has been the subject of reviews and research by the likes of the Zero Carbon Hub, Innovate UK and the Carbon Trust, there has been relatively little attention paid to it in Ireland. Last year, in response to questions from Passive House Plus, a department spokesperson stated that: Achieving the overall Part L requirement is a statutory minimum requirement. Performance gap analysis is largely irrelevant in this context.” Passive House Plus will continue to report in detail on the issues surrounding Ireland’s obligations regarding NZEBs, which are destined to profoundly effect how Irish buildings are built, in forthcoming issues.