Built on a particularly exposed site near Chichester where winter temperatures plummet all too frequently – down as low as minus sixteen – the award-winning Curly House had to overcome several challenges.

Sited in an Area of Outstanding Natural Beauty in a National Park and with all of the planning restrictions that brings, the clients wanted a contemporary design and a particularly warm house – perhaps a response to the boneshakingly cold, poorly extended cottage that previously sat on the site.

And the resultant house – named The Curly House in reference to the local vernacular of sweeping flintwork walls, and with a flint-clad curved façade to the rear – is an exceptional example of how low energy architecture does not necessarily equate to design limitations or ‘inside of the box’ thinking. 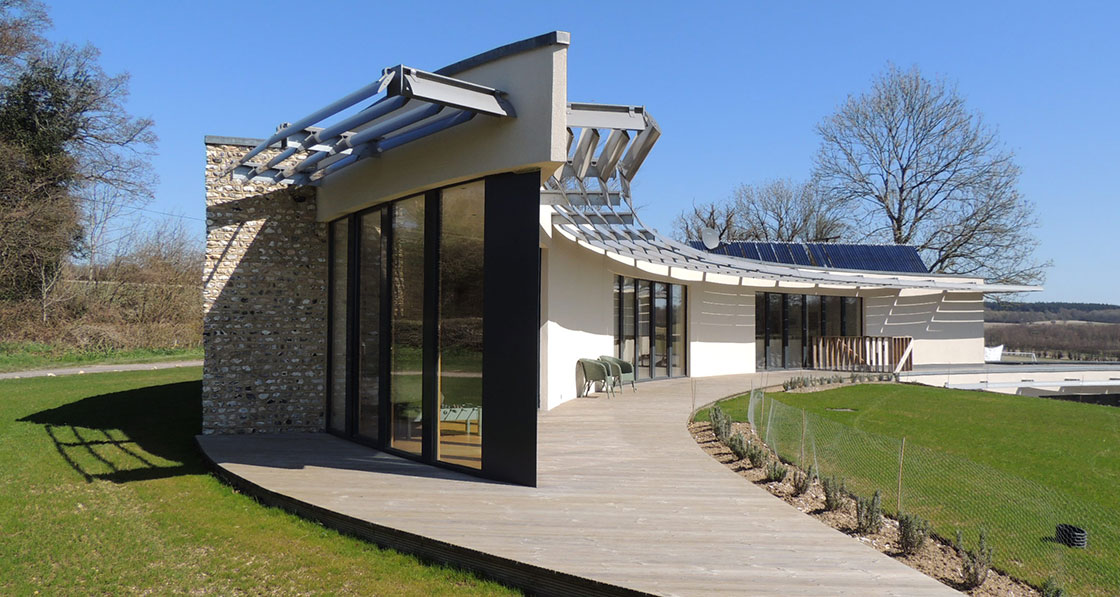 The clients wanted the 421 sqm home to have year-round comfort with minimal reliance on fossil fuels and the national grid. Architects Ecotecture produced a crescent-shaped design to enable the house to track the winter sun, but with a large expanse of brise soleil to ensure that winter cosiness wasn’t achieved at the expense of suffering in the summer heat. The design responds cleverly to the sloping site, chiefly in single storey, form but with a lower storey section to the east cut into the site.

Taking all of these challenges on board – and the need to minimise air leakage and thermal bridging for the project’s passive house-inspired approach – the Nudura insulating concrete formwork system was selected, combined with the Op- Deck insulated concrete flooring system. Passive house-certified Optiwin windows were also chosen for their high performance, while the house, built by Kithurst Builders – is ventilated efficiently and effectively by a heat recovery ventilation system from Green Building Store.

Pre-completion airtightness testing showed that the recipe had worked extremely well: the house scored 0.20 ACH @ 50 Pa – three times lower than the stringent passive house requirement, and the lowest result an Ecotecture project had ever achieved, in spite of the complexity of the design. According to Nudura and Ecotecture, all other construction methods considered for this design would have thermal bridging and bypass issues local to the shading devices. Nudura’s ICF system eliminated these issues and was key to the radical design’s success.

Energy monitoring was conducted of the completed dwelling in the first year post-occupancy, and shows that the final energy use for space heating and hot water totalled under 30 kWh/ m2/yr, a figure that would have been closer to 35 without the solar thermal array. That figure looks good at first glance, but it looks even better if you consider it’s for a house that the homeowners keep ticking over at 24C all winter. 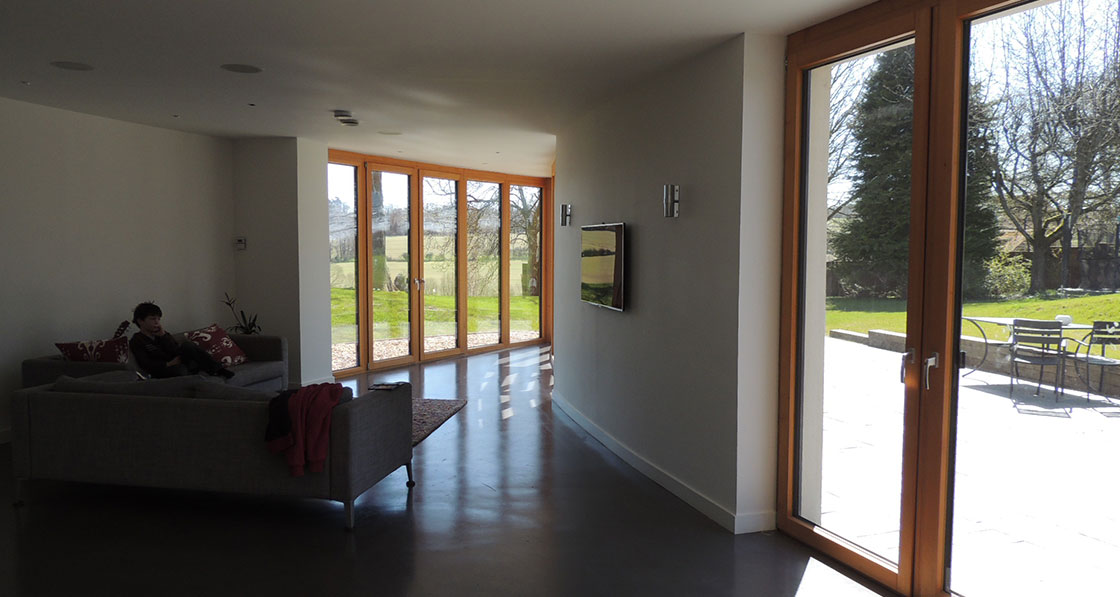