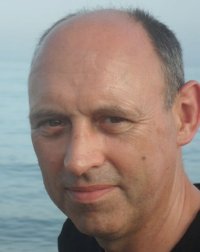 What exactly is an nZEB anyway?

This article was originally published in issue 21 of Passive House Plus magazine. Want immediate access to all back issues and exclusive extra content? Click here to subscribe for as little as €10, or click here to receive the next issue free of charge

I have been struggling to define nearly zero energy building – nZEB – since 2010. This is a serious problem. It takes up to ten years to bed down building regulations and achieve buy-in from all contributors to the notoriously long supply chains involved in the construction industry. Everyone — product manufacturers, suppliers, specifiers, contractors and the trades — needs absolute clarity on the nZEB target.

Yet the current state of affairs is more a legacy of how we in these islands have traditionally structured our building regulations, than any reflection on EU policy. The subdivision between residential and non-residential, new build and retrofit, and historic building and postwar buildings has created levels of complexity for the practitioner. It’s possible to have five different wall U-value targets in a mixed development incorporating renovation works, extension and new build elements.

Unbelievably, there could be more, if any part of the development is to be occupied by a state agency after 2018, the date set in the Energy Performance of Buildings Directive (EPBD) by which all public buildings must meet the nZEB standard. And that’s before we consider the well-meaning input of devolved assemblies (Scotland, Wales, Northern Ireland) into the confusion. This regulatory complexity adds to the cost of construction in these Islands, without obvious benefit.

By comparison, the EU is something of a paragon of virtue. The European Commission wants to ensure that, after 2020 has passed, virtually all buildings will achieve the nZEB performance standard, regardless of their age or use. This laudable simplicity is reflected in its 2016 recommendation to member states (EU 2016/1318), which says:

“‘Refurbishment into nZEB’ therefore means a refurbishment of a magnitude that allows the energy performance requirements of a nZEB level to be met.”

To further eliminate the potential for doubt around interpretation, the commission has defined actual kWh/m2y targets for nZEB, in our climate zone, for two sample building types: 40-55 kWh/(m2y) of net primary energy for offices, and 15-30 kWh/(m2y) for new single-family dwellings.

Unfortunately, neither of these target figures appear in any existing, or proposed, building regulation in the UK, or Ireland, even those applicable to buildings delivered after the 2020 transition.

I accept that we are in a transitional, even liminal, phase in the development of our regulations towards nZEB. However, in over 30 years of practice, I’ve never known a period where there was such a lack of clarity on the long-term trajectory of regulation in the construction industry.

How have we arrived at this juncture? The complexity of 28 member states in different climate zones and with very different regulatory traditions explains some of it, but the “cost optimal” definition and methodology embodied in the EPBD has proved to be something of a flag of convenience for all sorts of natural procrastinators, climate change deniers and adherents to political expediency right across Europe.

"In over 30 years of practice, I have never known a period where there was such a lack of clarity on the long-term trajectory of regulation in the construction industry."

In new regulations just issued, the Irish government persists in defining nZEB for office buildings at up to 338 kWh/m2y, over six times the commission’s maximum target figure of 55 kWh/m2y. We are also promised future regulations in the UK and Ireland which will set nZEB for new housing at around 45kWh/m2y, some 50% higher than the commission’s maximum level. (ed. - the Dept of Housing has suggested differences in accounting for renewable energy generation may be reducing the commission’s target – an argument which demands scrutiny).

Allowing national governments to take limited experience of building to ultra-low energy standards, and project possible costs for a range of notional measures applied to notional building types, is no substitute for the lived experience of professionals delivering real, occupied and monitored building projects consistently to the nZEB standard, or better.

Such experience is worth feeding into the national cost optimal planning models from which to generate viable nZEB targets. These will finally close the gap with the commission’s well-grounded ambition. The Netherlands experience with cost optimality is instructive. There, the first nZEB public housing retrofit cost over €130,000, took many weeks to build and required lots of adjustment to deliver the promised energy savings. Hundreds of retrofits later, the nZEB standard is being delivered routinely in the Netherlands for €65,000 per house in just three days. And their industrialised methods are being exported to other countries.

The results are so good that financial institutions are carrying the risk and making a tidy return on the investment from the energy savings. It’s hardly surprising that the cost optimal target of the Energiesprong programme is net zero primary energy, or what they call “zero on the clock”, significantly better than the commission’s 2016 recommendation.

This is the difference between notional and actual cost optimality calculation, and underpins the ambition of the commission’s recommendation.

If new build nZEB targets aren’t sufficiently at variance with the commission’s recommendations, the proposals currently offered for renovation of existing offices and houses, as enshrined in current or proposed regulation, are even more divergent from the commission’s vision. It’s difficult to regard them as definable energy performance targets in any real sense.

How we got to this point is of little relevance, what matters is that we rapidly move to defining some hard performance figures in coherent, integrated and future-proofed national regulation, so we can begin the arduous task of upskilling and re-tooling the industry. Meanwhile, my advice to construction professionals and product suppliers alike is to regard national nZEB targets as just another interim stage in the development of nZEB regulations. Professionals should seek to upskill, and suppliers to re-tool, to deliver on the commission’s targets, rather than any interim national target