If you’ve ever wanted to take a passive house for a road test, one holiday letting on the coast of west Cork may be too good an opportunity to turn down. The aptly named Sea Spray – an as yet uncertified Enerphit upgraded bungalow – is a bona fide triumph in the face of adversity.

Doris Knoebel had always been interested in sustainable living, and was a long time reader of Construct Ireland, the precursor to Passive House Plus magazine. She never imagined that she would have the opportunity to build sustainably. Then her holiday home in Clonakilty burned down.

“There were people staying in the house. They put some hot ash into the landfill bin and left for Dublin. My neighbour rang me and said, ‘Doris, I think your house is on fire.’”

The bin sat right beside the oil tank, which Knoebel had only just filled. “You had hundreds of litres of oil in the tank, so it exploded like a napalm bomb. I don’t know how many fire brigades had to be called out, but at that stage, the fire had been pushed by the wind underneath the eaves of the house, so it started to burn from the top down.” 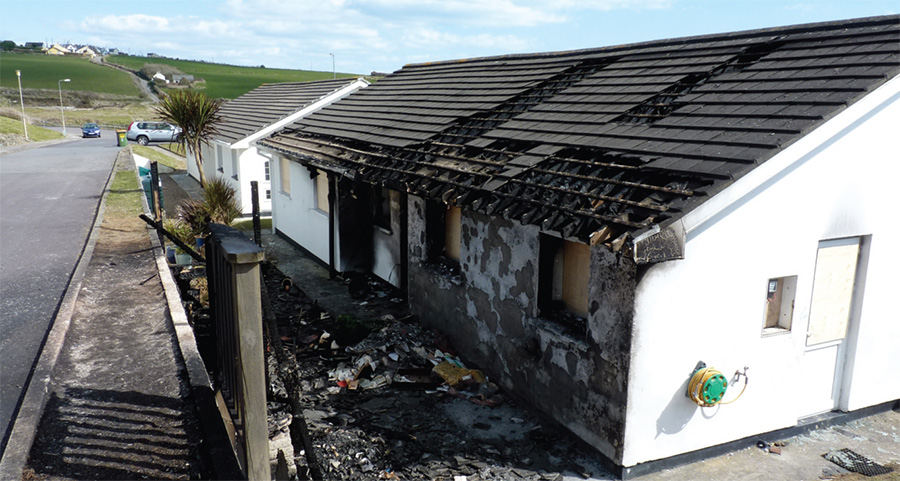 When the smoke cleared, only the four walls of the house were left standing. Now faced with the necessity of rebuilding, Knoebel decided that this was an ideal opportunity to do the job sustainably. After interviewing several local contractors, she approached the experienced sustainable builder Tim O’Donovan and asked him to take a look at the house. O’Donovan, recognising that this was an opportunity to implement the passive house retrofit module, Enerphit, asked sustainability expert Xavier Dubuisson to take a look. Between them, Knoebel, O’Donovan and Dubuisson worked out a plan to turn the burned out shell of the house into a super low energy retrofit.

“The cost of getting an architect was prohibitive,” says Knoebel, “so I did all the project managing myself. My husband Tim, who is a graphic designer and artist, and I did all of the design work, the electrical designs, the outside designs, plus I sourced everything we needed for the build.”

The site had advantages and disadvantages. On the plus side, the living areas already faced full south to take advantage of passive solar gains. On the downside, access was difficult. Squeezed between two other houses below an access road, everything that went into or came out of the house had to travel up or down a six foot wall. 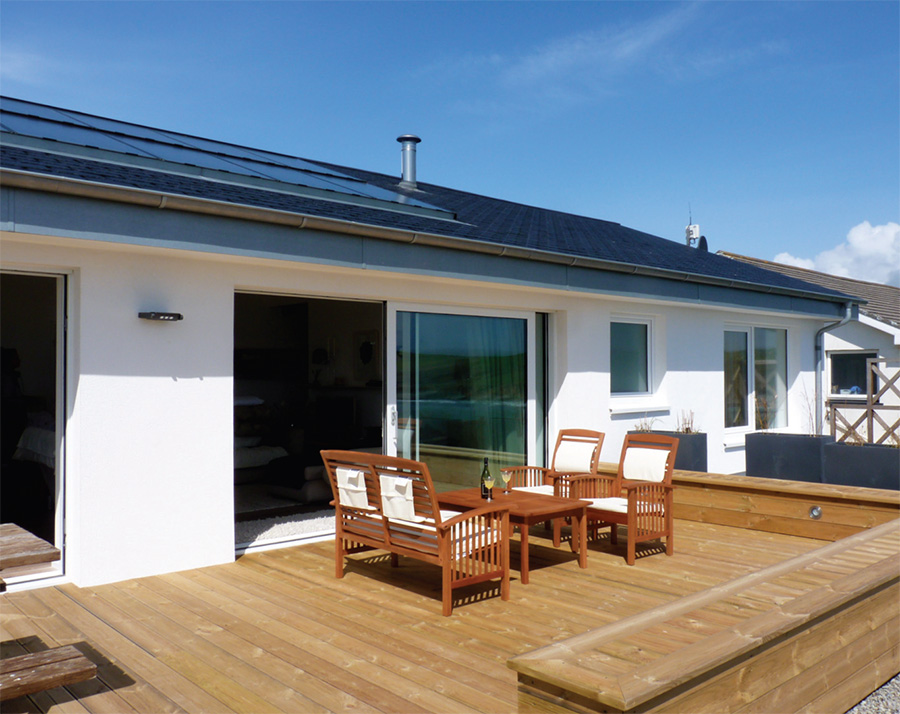 O’Donovan’s first job was to clean the shell out, taking everything from furniture to flooring and tiles, leaving nothing but the bare four walls, which remained largely undamaged and structurally sound.

“By the time we got it back to the four walls”, says O’Donovan, “we had a clear vision of how we were going to go about it.” This was a seventies built bungalow, and was a showcase of the poor building practises that were common at the time. O’Donovan explains that the gables were not finished properly, while a poured concrete screed held the studwork in place. “That proved a bit of a dose for us, because we had to break all those screeds up.”

The floor was where the build hit one of its biggest challenges. An existing ring beam at the top of the masonry wall defined the height of the ceiling. This meant that if the team wanted to install the optimal depth of insulation in the floor, they would have to go down. That would have meant breaking up the subfloor, which would have added substantially to the cost, and lead to the possibility of having to underpin the walls.

“That was the one area where we went: right, we’ll have to call it on the floor detail,” says O’Donovan. When his team got down to the subfloor, they battened it off at 400mm centres with a 50mm batten, insulated it with Xtratherm and covered that with 18mm OSB to give a finished floor. This delivered the necessary 2.4m ceiling heights in the three rooms which were not vaulted. However, with a less-than-ideal level of insulation in the floor, the necessary corollary was to compensate in walls and ceiling. The walls were pumped with bead, and this was then supplemented with 150mm of Rockwool external insulation, while the internal walls were drylined with 40mm of hemp wool. 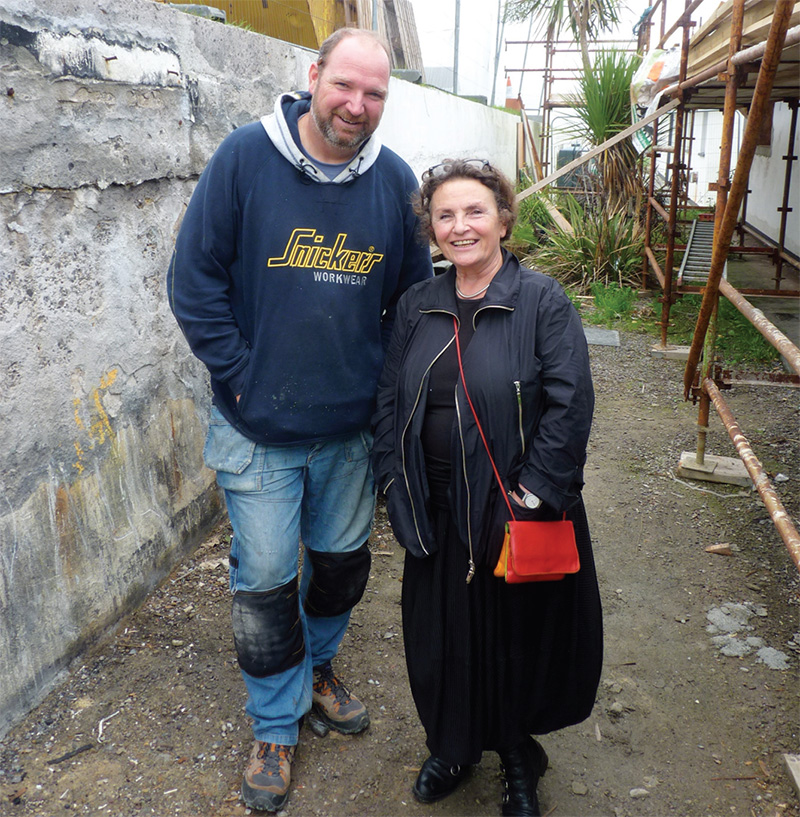 Xavier Dubuisson explains that because both Doris and Tim were so knowledgeable, his involvement in the project stayed at quite a high level. His primary responsibility lay in putting the design through the passive house software PHPP and working through the specs. “Getting to the Enerphit standard wasn’t a conscious objective at the outset,” he says, “but we realised quite quickly that it was a possibility.”

“Any time we came to an external wall junction,” says O’Donovan, “we’d do a thermal bridge detail anyway, as par for the course.”

The existing wet plaster finish provided the main airtightness layer. Thereafter, O’Donovan’s team went around and meticulously patched any cracks with an airtight plaster. A new service cavity on the inner leaf removed the need for the old chasing and plug holes, so these too were filled in. Once the floor junction detail was complete, the airtight membrane was sealed in place with tapes and mastic. Similarly, the roof membrane which extended down onto the masonry wall was also sealed with a premier mastic and tape. The service batten was fixed with express nails which were then sealed with mastic.

“If you are aiming to get down there to Enerphit airtightness levels, you’ve got to pay attention to detail like that,” says O’Donovan. As a company, O’Donovan is very much focused on personal supervision of every project and making sure that someone is on site throughout the build.

The first blower door test delivered a result of 0.8 ACH, comfortably inside the Enerphit target of 1 ACH, and this despite the fact that the test uncovered several leakage hotspots. It turned out that an internal chimney breast, which O’Donovan had thought was unconnected to the cavity, was actually tied to an external wall and during the test, air was drawn through it. In addition, a vent in the attic, which is inside the thermal envelope, was forgotten behind tools and boxes and was never covered up. 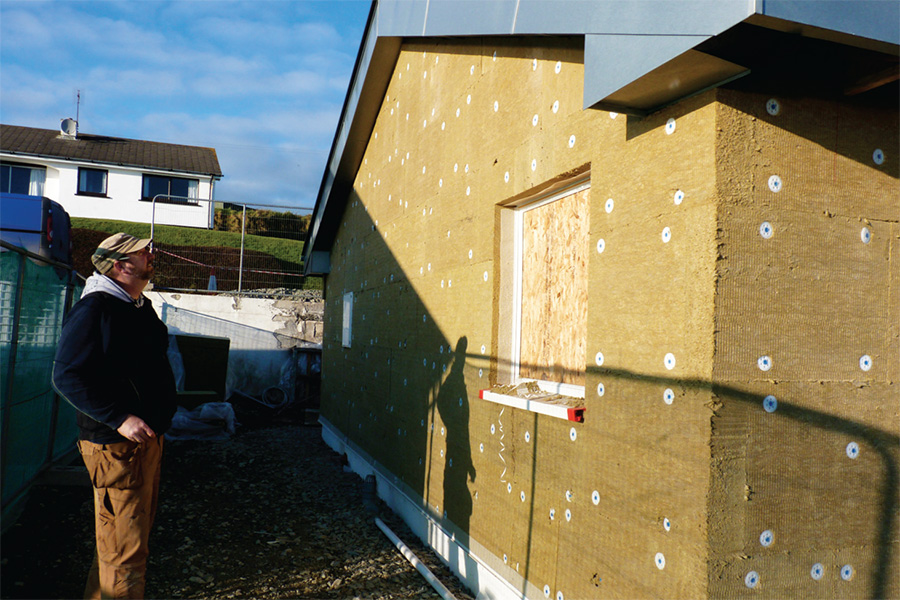 The walls are externally insulated with 150mm of Rockwool.

Finally, the hinges of some of the tilt and turn windows leaked air during the test. All of these issues were addressed afterwards, and though no further blower door tests were carried out, O’Donovan believes that the air change rate is now significantly lower.

Responding to substantial falls in the cost of solar photovoltaic panels, Knoebel installed a roof integrated solar PV system supplied by PV Tech in Galway. Mike O’Rourke of the company anticipates an annual power output of just over 3,500 kWh. “There’s an additional control unit installed with the system. This takes power that’s not being used by other devices in the house and rather than letting all of the excess power out to the grid, it diverts it to water heating.” Once the hot water tank is up to temperature, any additional excess power is then exported to the grid. 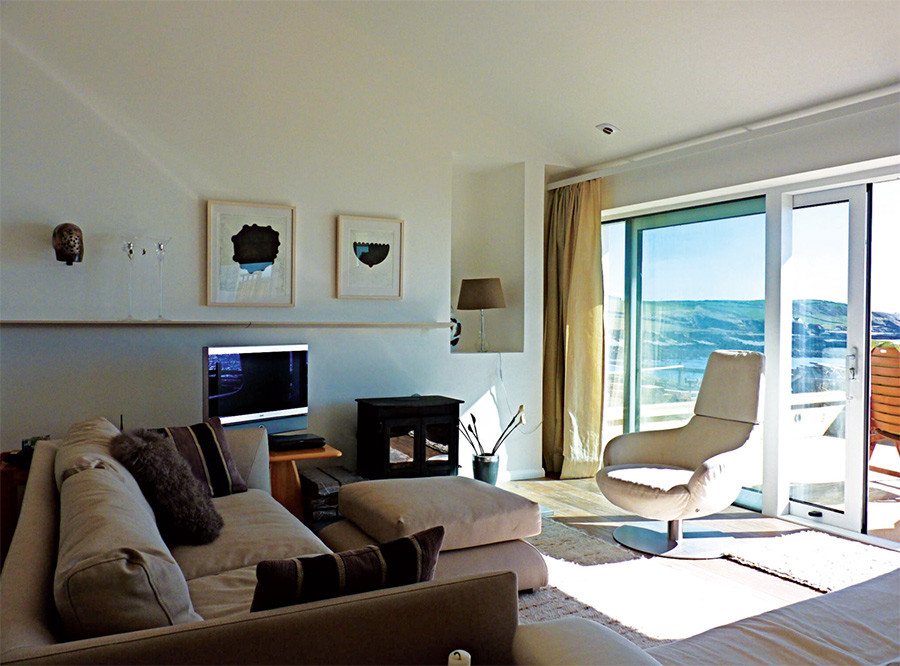 Though PHPP calcs show that the house meets the Enerphit standard, with a heating demand of 23 kWh/m2yr, Knoebel is undecided about actually pursuing certification.

The building was seriously tested during the Christmas storms but performed exceptionally well. “It works,” says Knoebel. “When it was very cold outside, there was a constant temperature inside. It’s an amazing house, it’s just stunning. I’m very happy with it.”

For information on booking a stay in Sea Spray visit http://bit.ly/1uLqDIg 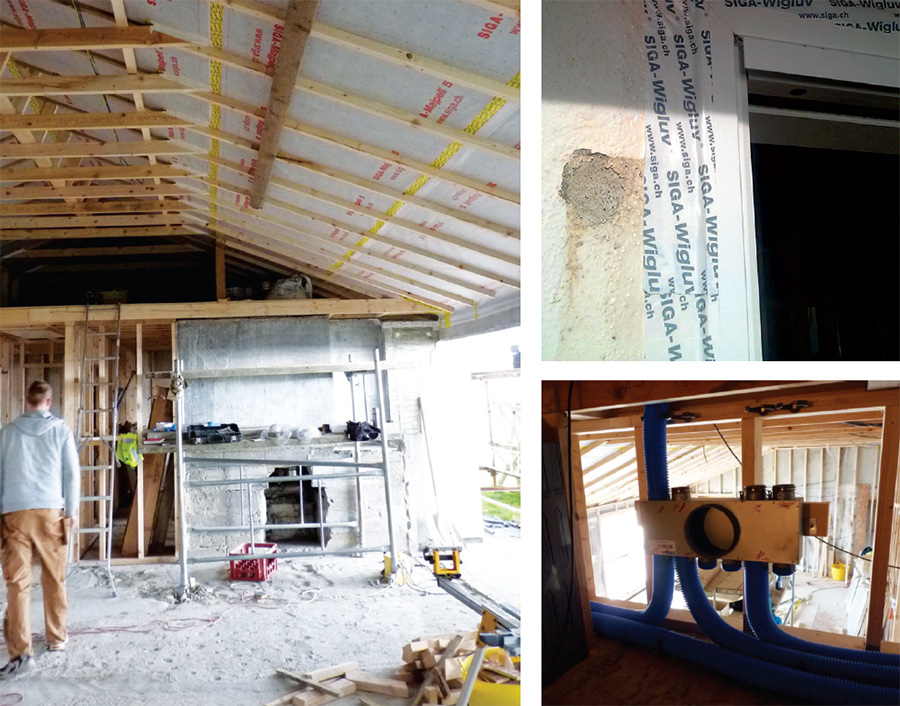 BER
Before: unknown
After: B3 BER (when supplementing more realistic figures for default values, eg with regard to solar PV output, the BER is an A3 bordering on A2 at 52 kWh/m2/yr energy value).

Space heating demand
Before: not available
After: 25 kWh/m2/yr

Heat load
Before: not available
After: 15 W/m2

Airtightness (at 50 Pascals)
Before: unknown
After: 0.8 air changes per hour (one test only, expected to be below 0.6 AC/hr after remedial measures taken). 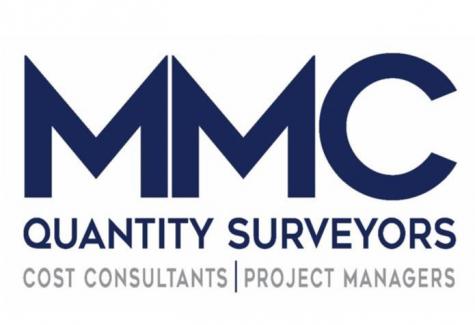 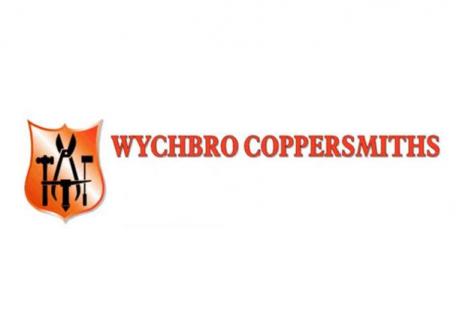 Wychbro Coppersmiths are growing with the industry and work with different metal suppliers to keep the highest standards of both product and workmanship.

Wychbro Coppersmiths are growing with the industry and work with different metal suppliers to keep the highest standards of both product and workmanship.