The Welsh government is set to introduce a new section of building regulations to deal with mitigating overheating risk, Part S.

The proposed regulation, for which a consultation launched on 25 November and ends on 17 February, reflects the recognition that overheating is becoming an increasingly significant problem in buildings, due to poorly conceived attempts to reduce energy demand and the increasing frequency and intensity of heatwaves in summer as the impacts of climate change start to become manifest.

The proposed regulation has been prepared at a time when consultation responses to updates on Part L and F of the building regulations, which respectively cover energy performance and ventilation, are being reviewed.

The proposed approach in Part S offers two routes to compliance: a simplified method based on following guidance provided in a new Approved Document S, and a dynamic thermal analysis method, using the building’s characteristics to calculate the risk of overheating.

The proposal for a new Part S is contained in a wider consultation on Parts L and F of the buiding regulations, which cover energy efficiency and ventilation repectively. More details are available here. 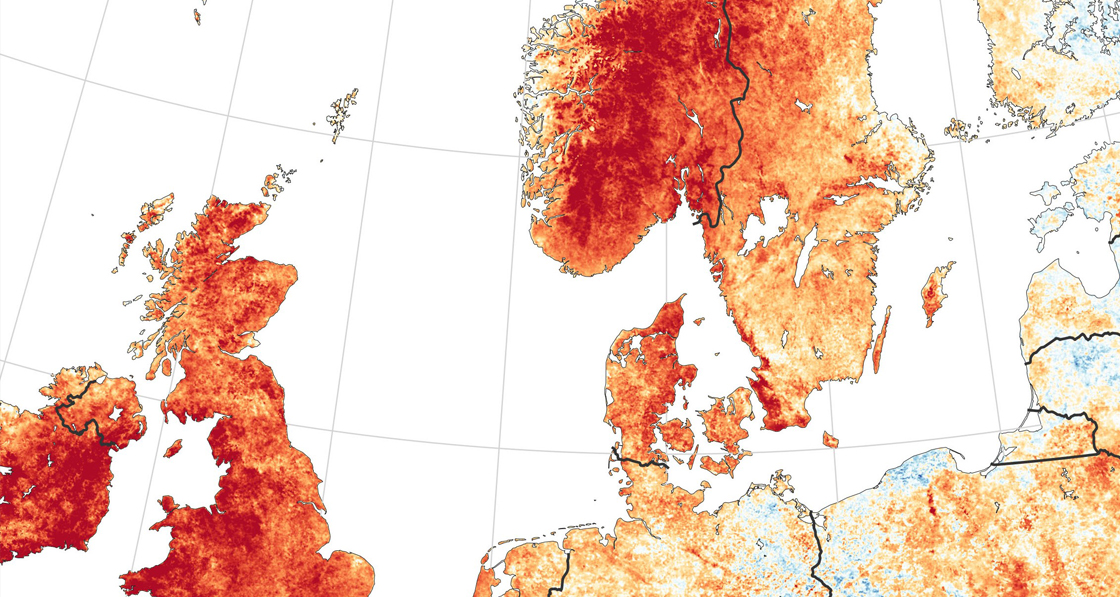 A NASA temperature anomaly map in Northern Europe in July 2018 showing unusually hot conditions in Ireland, the UK and Scandinavia.