Environment minister John Gormley yesterday announced details of the government's latest planning and development bill. The Bill introduces a number of changes to the planning code that "aim to support sustainable development". 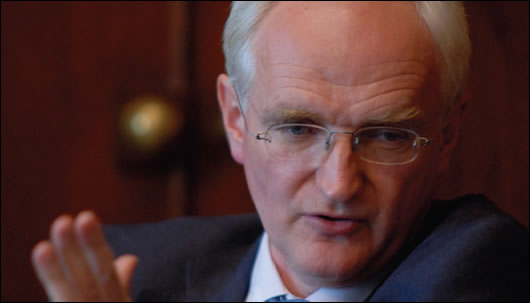 Environment minister John Gormley yesterday announced details of the government's latest planning and development bill. The Bill introduces a number of changes to the planning code that "aim to support sustainable development".

Key elements of the bill include:

The minister also highlighted other key changes that will be dealt with in the bill, some of which will be introduced as the bill passes through the Oireachtas, including:
"A sound development plan is the key to ensuring good planning at local level," the minister said. "Decisions taken at development plan stage affect all other planning decisions."

"I have had occasion since coming into office to use ministerial powers of direction under the planning acts to vary development plans where, for example, there has been excessive or inappropriate zonings. I make no apology for that. I am conscious, however, of the importance of exercising these powers in as open and transparent a way as possible."

Minister Gormley continued: "This new process also takes full account of the recommendations of the joint oireachtas committee on environment, heritage and local government in their March 2009 report on this issue."