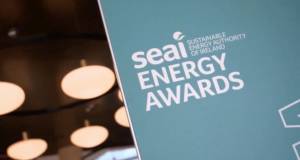 The Sustainable Energy Authority of Ireland has launched its annual SEAI Energy Awards and is calling on climate action champions to showcase their achievements. Now in their 17th year, the SEAI Energy Awards recognise and reward excellence in sustainable energy in business, community, research, buildings, renewables and public sector. 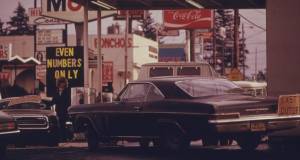 In the latest instalment of his series on the development of energy efficiency and renewable energy in the 20th century, Dr Marc Ó Riain reports on the seismic impact caused by the 1973 oil crisis. 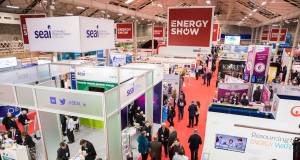 Ireland's leading annual energy event, the SEAI Energy Show, returns to the RDS on Wednesday and Thursday 27 & 28 March. The show will feature 150 exhibitors of energy saving and renewable energy technologies and services, as well as over 20 expert seminars and workshops. 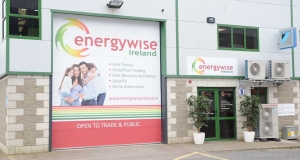 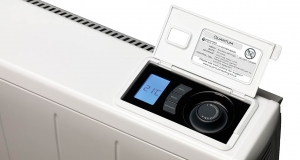 The gradual decarbonisation of our electricity grids — as renewable energy is phased in, while coal and peat are phased out — coupled with the proliferation of new buildings with very limited heat demand, has some experts asking if heating our homes and offices directly with electricity is starting to make sense again. So is it time to bring back the dreaded storage heater? 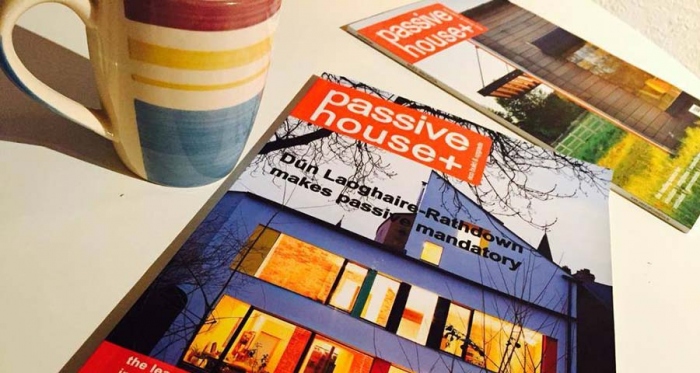 The digital versions of all previous issues of Passive House Plus are now freely available online.  The magazine is available in entirety in digital form, while many of the feature articles are also now available in HTML form - or in other words as regular web articles. The digital editions use the Issuu pageflipper software, which was chosen for its functionality, simplicity and the ability for readers to interact with magazine content - for instance by sharing links to articles in the magazine via social media or email, or by clicking links to websites contained in articles and adverts. 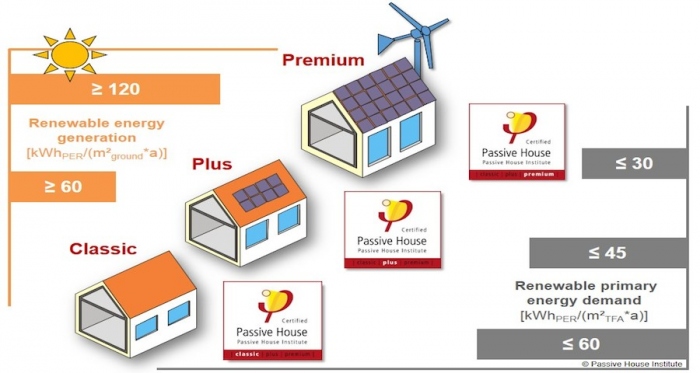 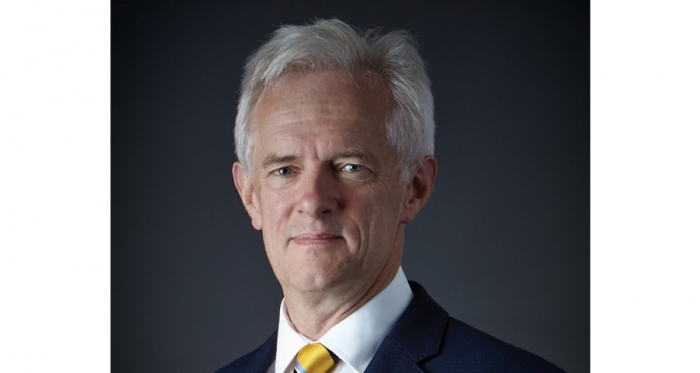 The passive house standard may be acceptable as an alternative method of compliance with Ireland’s stringent energy efficiency regulations, according to a leading expert in energy and construction law, leaving the door open to a similar approach in the UK. 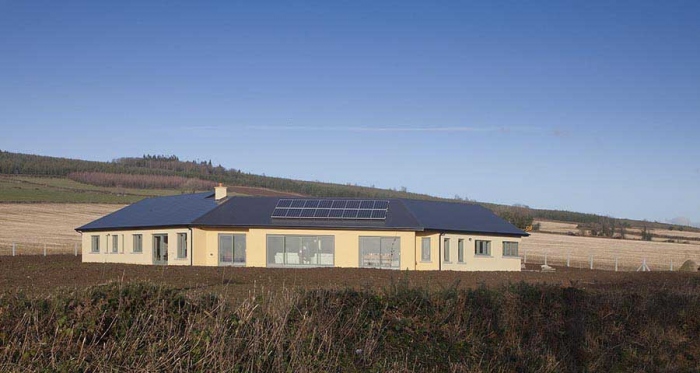 What’s not to like about building regulations that demand 60% energy savings compared to boom time standards, and mandate the use of renewable energy? Glitches in the guidance documents, that’s what – glitches that unwittingly disincentivise energy efficiency best practice and risk causing building damage and compromising occupant health. 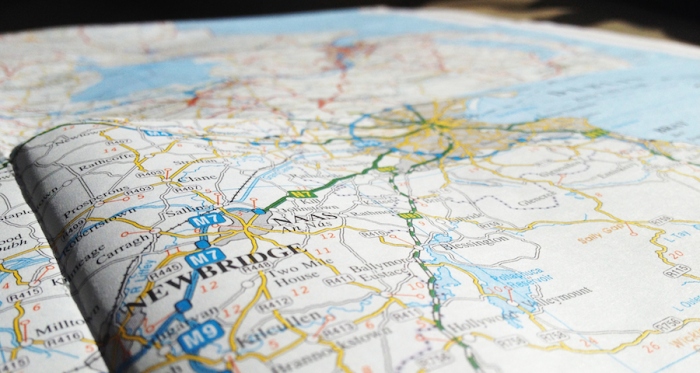 The Minister for Communications, Energy and Natural Resources launched the energy policy green paper for Ireland on May 12, marking the beginning of a ten-week public consultation on the future shape of Ireland’s energy policy. 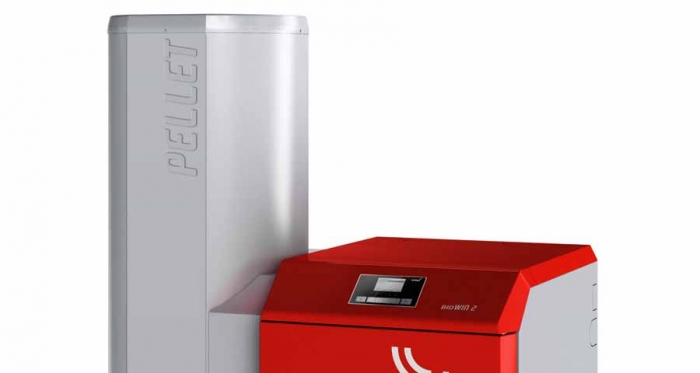 Windhager will launch its latest development, the BioWin 2 wood pellet boiler, at Ecobuild
2014. 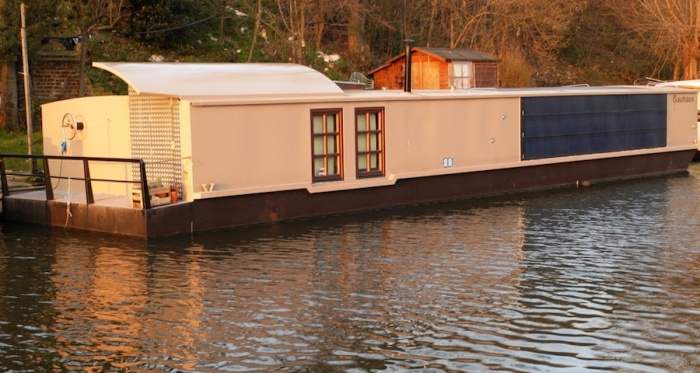 In this in-depth post, Jurgen Huber details the story behind his energy efficient 'Bauhaus Barge' 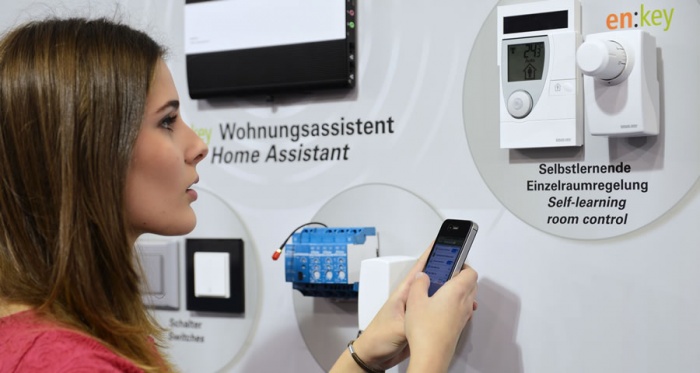 Energy efficiency expert Mark Shirley of 2eva.ie has just completed a whistle stop tour of ISH in Frankfurt, one of the world's largest building industry expos, where he found passive house solutions featuring heavily amonst the heating and ventilation solutions on offer.

Renewable energy in Ireland grew by an average of 15% per annum from 2005 to 2009 driven largely by a significant growth in wind energy of 28% per annum in that period, according to SEAI's latest Energy in Ireland report. Last year also witnessed a steady trend towards lower energy prices in Ireland for both domestic and business energy users.
access_time 11:56AM 14 December 2010

Energy minister Eamon Ryan has said that formal preparations for a European electricity supergrid have begun.

The funding is part of a Europe-wide programme that will be managed jointly by the European Commission, European Investment Bank and EU member states. It will assist eight carbon capture and storage and 34 renewable energy projects in the EU.
access_time 03:20PM 19 November 2010

Semi-state business Bord Gáis have placed green innovation at the centre of their business strategy. As CEO John Mullins reveals, pay as you save and renewable energy will shape the company’s future.

Thermal mass can significantly influence a building’s space heating requirement – in some cases the effect is to increase it, and in others to reduce it. Leading energy consultant Ciaran King of Emerald Energy explains how this occurs, and by describing an assessment of the topic, provides some rules of thumb regarding when thermal mass may be beneficial, and when it may be detrimental.

Government incentives are crucial to sparking a massive energy upgrade of our housing stock, but practical examples are just as important. Keen to push his home's energy performance to the limits, one Dublin homeowner overhauled his entire building fabric and installed renewable heating systems and heat recovery ventilation. Lenny Antonelli visited the house.

The funding is aimed at enabling the companies to take their proposals and prototypes to the next stage of development.
access_time 06:24PM 06 October 2009

Ireland now ranks fourth in the world for the contribution of wind energy to electricity use, according to the International Energy Agency's 2008 Wind Energy Annual Report.

The development of sustainable building in Ireland has had to wait for the public to become concerned about energy supply, climate change, and the implications of living in draughty, damp buildings.  Much of the established low energy know-how emanates from countries where cold winters drove innovation. Drawing from 50 years of research and development between the Canadian government and housing industry, the Super E programme may be just what Ireland needs, as John Hearne discovered at a new development in Rosslare.

In recent years it’s become increasingly accepted that the age of cheap and abundant oil and gas supplies is coming to an end, and that future energy needs will have to be met from cleaner, more widely available fuel sources. According to Richard Douthwaite, the prospects of exponentially rising costs and failure to ramp up carbon capture and storage will mitigate against coal’s ability to take up the slack

Europe's electricity grid needs a radical overhaul if it is to distribute the renewable energy capacity that governments have committed to building by 2020, according to Europe's leading science academies.
access_time 12:06PM 12 June 2009

Up till now, the activities of semi-state energy companies like Bord na Móna, ESB & Bord Gais have not won the favour of environmentalists. Richard Douthwaite explains how that situation is destined to rapidly change, and exclusively reveals details of the ambitious new green direction being adopted by Bord na Móna. 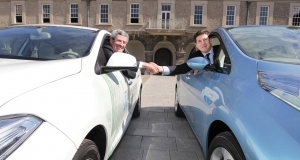 Energy Minister Eamon Ryan today announced the signing of a memorandum of understanding between the Irish government, ESB and Renault-Nissan in relation to electric motor vehicles.